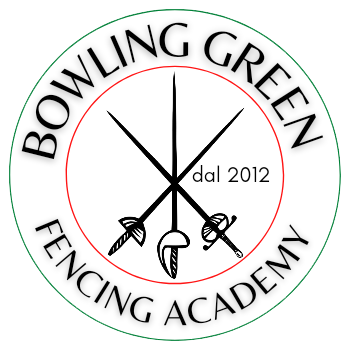 Have you ever been interested in learning how to fence? The Bowling Green Fencing Academy is a small but growing club that offers lessons via group instruction with the option for one-on-one individual lessons with the instructor. Classes are available for children ages six to adult. Whether you want to take up fencing recreationally or competitively in USA Fencing sanctioned competitions, the Bowling Green Fencing Academy is prepared to see that you meet and exceed your goals.

Fencing has been in every modern Olympic games since they were revived in 1896. It is an “open skill” sport in which two combatants must constantly change and adapt to their opponent’s actions in order to score. Fencers maneuver forwards and backwards along a strip (field of play, 1.5-2 meters wide by 14 meters long) in order to gain the right distance, with correct timing, speed, and control of the initiative to hit their opponent without being hit themselves. A successful fencer must be able to employ a vast number of offensive, defensive, and counteroffensive actions in order to win. It is an individual sport which promotes fitness, self-discipline, quick decision making, competitiveness, and above all, having fun. At the Bowling Green Fencing Academy, we teach modern Italian school of fencing, preserving classical traditions and infusing the ever changing current tactics and and rules of the sport into a unique experience for our students. 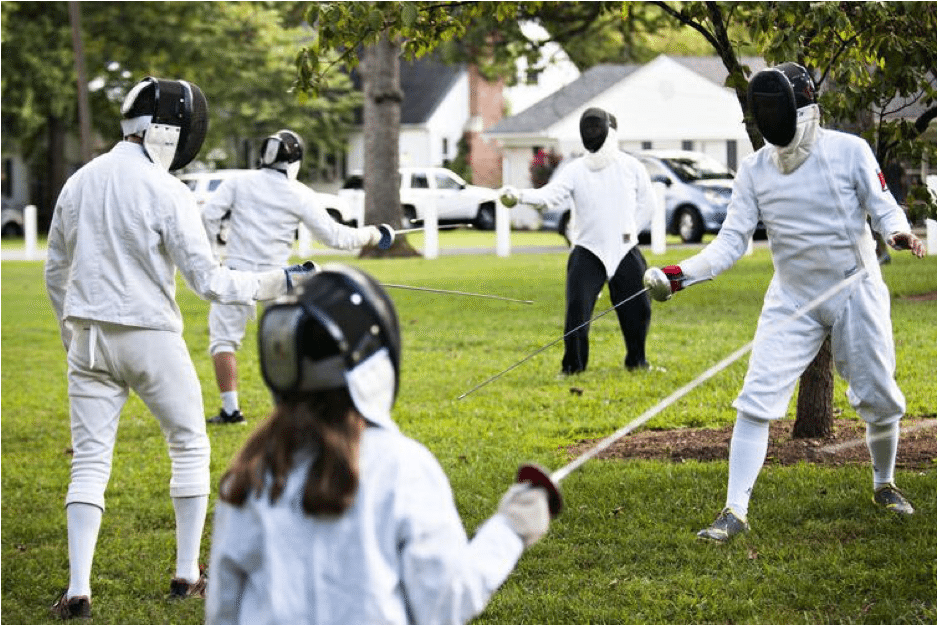 The 3 Weapons of Fencing

The Foil is a lightweight (less than 500g) thrusting weapon in which offensive actions can only be scored with the point. Touches must hit valid target area in order to be counted. Valid target area includes the torso, back, groin area, and the lower portion of the bib; it excludes the arms, legs, and head. Foil fencing is governed by the rule known as right-of-way (aka-priority) which prevents both fencers from scoring at the same time. The foil (French “fleuret” / Italian “fioretto”) was developed as a training tool for the French smallsword in the mid-17th century.

The Épée is a heavier (less than 750g) thrusting weapon similar to the foil except that it has a triangular sectioned blade and large guard to protect the arm and hand. Touches can be scored on any part of the fencer’s body and double touches are allowed provided they are made within 1/25 of a second of each other. The épée (French for sword / Italian “spada”) is the direct descendant of the 19th/early 20th century dueling sword.

The Sabre (500g) is both a cutting and thrusting weapon in which offensive actions can be scored with both the point and cutting edge. Touches must hit valid target area in order to be counted. Valid target area in sabre is the waist up (excluding the hands). Sabre fencing (like foil) is governed by right-of-way (aka-priority) which prevents both fencers from scoring at the same time. The training and dueling sabre (Italian “sciabola”), which modern sabre descends, from was developed and perfected by the Italian school in the last quarter of the 19th century.